Since I retired in early February I haven’t been painting as much as I expected to and can see the reason why laying next to my feet, chewing peacefully on his pink flamingo squeaking toy that no longer squeaks.  That reason is named “Tucker.”  He’s a beautiful Labrador Retriever puppy – just over six months old now – and he is a new addition to my life who literally came to be with me on my first official “retired” day.

Since my cat Luvy died in mid-December my house has been quiet and lonely and so I began thinking about adopting another cat maybe.  But Luvy was this special cat/dog combo, and I knew that he could never be replaced with another.

And so, I began thinking.  I thought and thought… cat… dog… cat…. dog?  I thought about my younger days having dogs and cats and how I wanted to be better no matter which way I chose to go.  I knew that if I adopted a dog, I would need to be committed to dog hair and the poop patrol which these days that involves picking up poop and putting it into little bags at times.  I knew that committing to an animal would mean patiently trying to communicate with another creature who doesn’t speak English.  I knew that there would be great responsibility in providing for everyday needs…. I thought about it all endlessly and I thought I was prepared for what getting a puppy would mean in my life.  But really, I had no real idea.  No realistic idea anyway.

You see since that February day I have had this explosion onto the scene of my life.  There has been an explosion of pure joy, full-on energy and unadulterated, 100% pure love!  And so, with all that added exploding going on the life of creating art full-time has not materialized the way I envisioned, and I am right now trying to find some balance…. I want to paint and draw and create art and maybe create a masterpiece (whatever that is).

But there’s this balance I need to strike between a “nose to the grindstone” type of creative life and a life lived with a great companion while still creating art.  I am finding that balance involves a lot of things and not just the art.  I am finally finding a life balance that I have needed for a long time because of Tucker.  My balanced life involves walking and exercising, meeting new people, throwing the ball over and over again so a friend can chase it.  My balanced life includes sitting in the morning with God while Tucker naps and then after all that a bit of art sprinkled liberally throughout… hopefully! 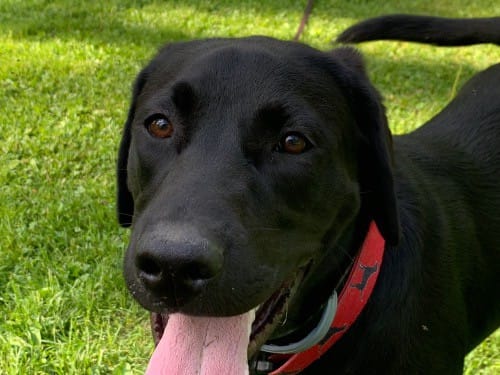 As I think about it all I can see that Tucker has enriched my life in a multitude of ways.  First, and foremost, my house is no longer quiet, and my bouts of loneliness have become less and less.  Tucker and I walk together nearly every day and meet new people.   As a walker without a dog I would get a hand wave from other walkers but with a puppy beside you conversations begin and names are exchanged!  With Tucker in residence, I have a place to channel my love on a day-to-day basis and I have begun to accept a constant state of disarray in my home as a sign that the place is being lived in and not just a show place.

These days I snag some minutes to paint while Tucker naps and I’ve not produced a masterpiece in those minutes yet.  But what is a masterpiece anyway and is it worth the tradeoff?  No puppy, no face licks, no meeting all kinds of nice people, no unconditional love?

Those questions will need to wait for another day…. I’ve got to throw the ball for a friend! 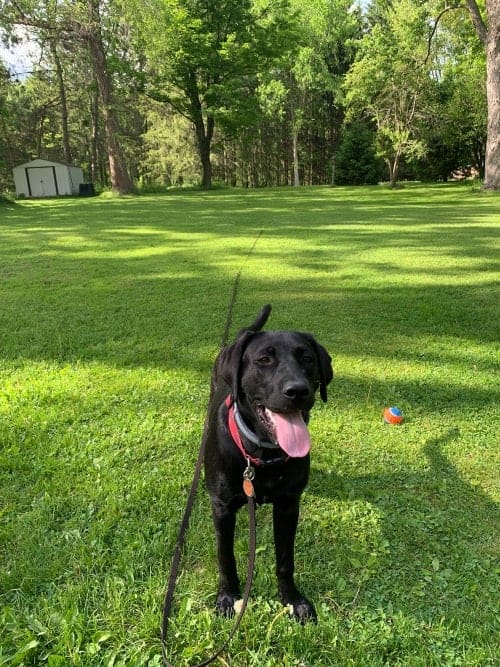 When the Spirit of truth comes, he will guide you into all the truth, for he will not speak on his own authority, but whatever he hears he will speak, and he will declare to you the things that are to come.  John 16:13

Wow it’s 2019 and big changes have arrived! Well I suppose saying “big changes” have arrived might be a bit of an exaggeration.  What with the New Year just rung in a few hours ago and so far the only change here in my orbit is having moved my computer from an upstairs bedroom into […]

I thought I’d take a break from telling my chicken tales to talk about art and my creative process.  Today my medium of choice is watercolor (see “Sunset Memories” above) but I’m not tied to watercolor only. Over the years I’ve learned that as long as I’m being creative in some way there’s a certain […]